Chase’s contributions to NWPSC thus far have been immeasurable. He is the graphic design ranger that built the digital forests we dwell in, founder of our General Store (where you can buy shirts, crew socks, or a handy tote - link in comments) and is sure to be a top notch Quiz Counselor during The Ultimate Pinball Game Show! on Sunday night! Let’s get to know him and his contributions to NW pinball and gaming better, in his own words:

In the late ‘70s, around the time of the Walkman and the year that it snowed in the Sahara, Chase Nunes was born. Growing up out in the middle of nowhere, Chase would often find himself drawn to the pinball machines around town. The first time he heard a pop, his love for pinball was cemented.
Shortly after settling down in the Pacific Northwest, Chase finally had enough room to pursue one of his passions – flipping the balls. He began his collection of machines with Earthshaker!

It was soon after his involvement with VRPA and SPL that he became a pinball content creator. He had been a content creator before, but this was his first foray into the pinball streaming world. In 2012, Chase produced and hosted the first major tournament pinball stream in the northwest at the Northwest Pinball Championships. He also streamed the 2013 PAPA Circuit Final, which brought in thousands of eyes watching from around the world.

Chase is currently keeping pinball going during the time of social distancing by helping Alyson Rae with the first-ever Northwest Pinball Summer Camp, premiering in July of 2020. He is also working with Ashley Weaver on the creation of the Ultimate Pinball Game Show by converting it from in-person to an online format.

Chase, who is currently working as a broadcast engineer, spends his time streaming games and playing pinball by night. He founded GeekGamer.TV in 2005, which has evolved from audio-only podcasts to a hub for anything geeky or gamer related.

When did you start playing pinball?
I started playing in 1987!! The first machine I remember playing was a Comet at my local bowling alley.

What are your top three games?
Funhouse, The Addams Family, Tron

Outside of pinball, what are your favorite hobbies?
Video Games (PC and Console), Sports, Camping, Streaming

Any pinball superstitions or competition rituals?
When competing, I try not to watch the other players and concentrate on my own game. I usually do a refresher of the rules of the game before playing as well.

Who is a role model to you, pinball or otherwise?
My Dad.

🌲Thank you for everything, Chase!🌲 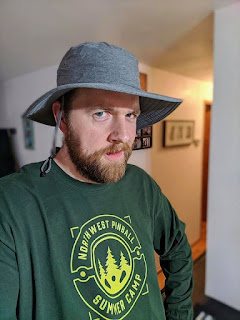 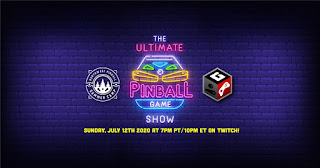